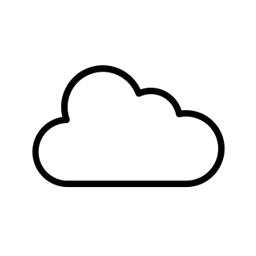 Trujillo Peru is the capital of La Libertad department and it is called « The City of Eternal Spring » because the sun shines every day.

Trujillo was founded by Diego Almagro in 1534. He gave this place its name after the city where Francisco Pizarro was born.

Trujillo is located in the north coast of Peru, on the bank of the Moche River. Trujillo has a very fertile valley, which has allowed its fast development since its founding. We can appreciate artistically forged iron grates in the old big houses, which bring a special distinction to the architecture of this lovely city.

The city of Chan Chan was the capital of the great Chimú kingdom, a pre-Inca culture. It is located in the Moche Valley. Chan Chan is the biggest mud city in the world. It has a 20 km2 area and it can only be compared to the archaeological remains of Teotihuacán in Mexico or to the ancient cities of Egypt.

Some examples of the greatness of this culture are La Huaca del Sol (a 20-meter-high terraced pyramid), La Huaca de la Luna (amazing murals that represent the Mochica rituals) and El Complejo del Brujo (a 30-meter-high and 15 century-old adobe pyramid)

The Moche Valley was a profitable place to found the city of Trujillo. It is the land of the sun and mining and it is also the land of the national dance of Peru – the Marinera- that is a source of pride because of its glamour and sensuality. You should not miss this when visiting Trujillo.

We update the measures to enter to Peru. If you are thinking of traveling to Peru, we have good ... More
History Geography Attractions Festivities Food

The Moche culture developed in the country’s north coast covering territories in Ancash, Lambayeque and La Libertad between the 1st and 7th centuries AD.

This civilization had a vast knowledge of hydraulic engineering. We can see this in their channels which allowed them to take water to their crops generating a surplus and giving them a stable economy. This culture used copper to make ornaments, tools and weapons. Their fine pottery gave them the title of the best ceramists of the ancient Peru. In their pottery they represented deities, men, animals, ceremonial rituals, and myths that reflect their perception of the world. The last discoveries show us that this culture disappeared because of an El Niño phenomenon.

The Chimú culture is formed after the Huari culture´s fall. They inhabited territories that were occupied by the Moche and the Lambayeque and spread their territory from Tumbes in the north up to Huarmey in the south.

This civilization stands out because of its urban development and their formidable buildings. Examples of them are Chan Chan and the Paramonga fortress. They were also metallurgists and used several techniques. Regarding textiles, cotton, llama, alpaca and vicuna wool knittings have been found.

By the end of the 15th century, the Chimú culture was defeated by the Incas during the reign of Pachacútec. The Incas took the Gran Chimú’s treasures to Cusco and with the gold pieces they decorated the Koricancha or Sun Temple.

After the Spanish conquest, Diego de Almagro began the foundation of Trujillo at the end of 1534 and named it Villa de Trujillo. Since then, Trujillo became the most important city of the north and a halfway point between the City of Kings (Lima) and San Miguel de Piura. Besides, the Huanchaco port served as a hub for the Spanish sites in Panamá.

Trujillo was the first Peruvian city to complete the Independence process from Spain. It accomplished the necessary actions for that purpose between December 1820 and January 1821.

Trujillo is the capital of La Libertad department and it is located north of Peru. It shares borders with Ancash and Huánuco at the south, with Lambayeque, Cajamarca and Amazonas at the north, with San Martin at the east and with the Pacific Ocean at the west.

The Moche river runs through the south of the city. Its waters were used by the Mochicas and the Chimús who benefitted from the river to irrigate their crops. The Moche river flows into the Pacific Ocean.

Just like Chiclayo, Trujillo´s territory is mainly flat with a slight elevation from west to east.

Trujillo still preserves the colonial time’s architecture, wandering the streets of its historic center will allow us to take very nice pictures and time travel.

Since Trujillo is the birthplace of several pre-Hispanic cultures, we can visit the following archaeological sites that are a few minutes from the city:

Huanchaco is about 45 minutes by car. It is an excellent place to relax and have a good time with the caballitos de totora.

Among its most important festivities we can mention:

Huanchaco carnivals: just like the rest of the country, Huanchaco celebrates the carnival with dances and concerts.

The gastronomy in the north of Peru is one of the most important in the country. We can find arroz con pato (rice with duck), a dish made with cilantro, an aromatic herb that gives an amazing flavor to it. Among the typical dishes we can also find espesado, a corn soup with a side dish of yellow rice, tortilla de raya, which is an omelet made of skate fish with green onions and yellow chili. The white chicha is the zone’s typical beverage. In Trujillo, we can find cabrito con frejoles (goat meat served with beans), shambar (wheat soup made with pork’s skin and smoked ham), the sopa teóloga, turkey and hen broth with soaked bread, potato, milk and cheese.