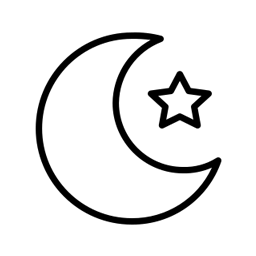 Paracas & Ballestas islands is in the department of Ica, province of Pisco. This sea side town is attractive because of its weather, beaches and beautiful sea side houses.

Paracas means “sand rain” in Quechua. The city got its name because of the strong winds (up to 32 km/h) carrying sand. Paracas was declared a regional reserve for migratory birds.

In Paracas, the visitors can see different ecosystems, archaeological remains from the Paracas culture, the place where San Martín disembarked and the area’s wide marine fauna diversity (Ballestas islands).

When browsing the Ballestas Islands you will have the possibility to observe a colony of hundreds of sea lions, in addition to different species of birds, both resident and migratory.

In addition, an hour away by car you can visit the Huacachina oasis where it is possible to do different adventure sports such as buggies, sandboarding and paragliding. In addition, if you like nature we will have the opportunity to glamp at the top of the dunes and from there observe one of the most starry skies.

And if you want to learn more about our pre-Inca culture from the Pisco-Paracas airport, you can fly over the Nazca lines.

Ballestas Islands – Paracas Hi everyone! Today I´m going to tell you about the Ballestas ... More

We update the measures to enter to Peru. If you are thinking of traveling to Peru, we have good ... More
History Geography Attractions Flora and Fauna Food

Among the activities carried out by the Paracas, we can find textiles that stood out for its high quality. They also made decorated pottery and very-well manufactured basketwork. They performed cranial trepanations, which were very common. There are several theories about their purpose.

This culture was discovered by the Peruvian Julio C. Tello in 1925. A cemetery with 39 tombs was found with funeral bundles wrapped in fine blankets surrounded by pottery, food, hunting tools and animal skins.

In the same zone, we can currently find the Paracas National Reserve. It was declared as a reserve in 1975 to preserve the Peruvian desert as well as the marine flora and fauna for resident and migratory species.

The district of Paracas is in the Pisco province, in the Ica department. Paracas’ geography consists of undulating terrain with plains, hills and sand dunes with a coastline bathed by the Pacific Ocean.

More than an hour by boat, we can find capricious-shaped islets inhabited by a big population of marine fauna.

The Paracas National reserve has an area 217,594 hectares. It consists of marine environments, for many, the richest sea in the world.

Paracas is mostly visited to sail out to the sea and meet the great marine fauna and the different resident and migratory bird species.  The tour takes about 3 hours and it is advisable to take bottled water to drink and avoid dizziness.

On the tour to the islands, we can see a chandelier-shaped engraving on one of the hills. It is a 120-meter geoglyph engraved on stone and covered in sand. It is believed to be connected to the Nazca lines.

If you are looking for adventure, you can go through the dunes on the well-known buggies, sail on a kayak on the sea, ride a bike or a four-wheeler on the dessert, paraglide or dive in the sea and discover more of the zone’s marine fauna.

The Paracas National Reserve is home to a great biological diversity, especially on the coast. It is estimated that there are about 216 bird species, 36 mammal species, 10 reptile species, 168 fish species and many invertebrates that are the base of the food chain. The main Peruvian calico scallop (Argopecten purpuratus) bed is in the Independencia bay where we can also find a wide variety of crabs, marine snails, octopuses and other shellfish.

Vegetation is scarce in the reserve; however, there are some spots of coastal hills in the highest parts of the heaps, that are formed by the effects of humidity and are home to several reptiles, insects, birds and some mammals.

Considering that Paracas is at the edge of the sea, the best choice is seafood. Be sure to try our fish ceviche or an arroz con mariscos. You can also try jalea (fish and seafood chicharron) and choritos a la chalaca.