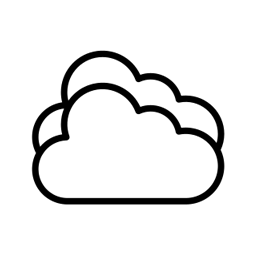 The Sacred Valley of the Incas, in Cusco city, comprises several rivers that descend through gullies forming different valleys. On the Sacred Valley tour we can find several archaeological monuments and indigenous towns like Pisac, Yucay, Urubamba, Chincheros, among others.

This valley was very appreciated by the Incas because of its climate and geographic characteristics. It was one of the main agricultural production spots, especially producing corn. With the arrival of the Spaniards, the towns’ culture began to change creating a mixture that we can still see nowadays in their architecture, traditions and art. Chincheros stands out for its weavers, Pisac for its ruins and its craft market, Ollantaytambo for its fortress and living culture, Maras for its impressive technique to extract salt and Moray for their use of advanced engineering to grow different products.

When you travel to Cusco, it is a must to visit the Sacred Valley of the Incas, we are sure that the manifestation of its colors expressed in their art, architecture, culture, history and gastronomy will make you want to return and visit more places.

In addition, the Sacred Valley is located in the midpoint between Cusco and Machu Picchu. The best option to travel to the Inca citadel is from Ollantaytambo station.

Map of the Sacred Valley

Stunning and cozy places in the Sacred Valley

6 important tips for travelling to Peru

Will you travel to Peru soon? This wonderful destination is one of the most touristic countries ... More

The travelers’ and staff’s health and safety are a priority for Colourful Peru, so we will take ... More
History Geography Attractions Festivities Food

The oldest pre-ceramic settlements in Cusco were found in Yauri and Chumbivilvas and date from 5,000 BC, however, the presence of inhabitants in the valley occurs at a later stage, by 1,000 BC, when small communities were settled farming and raising cattle with a significant development.

The pottery found by John Rowe in 1941, close to the Santa Ana parrish shows that this valley was one of the few that weren’t part of the Chavín culture expansion. The inhabitants of this zone didn’t reach a greater development until the influence of Wari civilization that started in the 7th century.

One of the Wari culture’s main archaeological sites in Cusco is Pikillacta. Located about 30 kilometers southeast of the city, this place must have had at least 10,000 inhabitants and it mainly served for ceremonies and as an administrative seat.

The Incas arrived by 1,200 AD from the south. The Inca tales tell us that the Ayar brothers expanded their domains throughout the valley, building ceremonial palaces and military centers. This is how we can find the Pisac ruins and the Ollantaytambo fortress.

During the colonization, several important Inca centers were destroyed to build catholic temples or palaces for the conquerors.

Nowadays, the Sacred Valley is still the main farming place for the zone’s inhabitants. Exploring it dazzles us with its fields colors that may vary from several shades of green to yellow, red or purple according the growing season.

The Sacred Valley is 15 kilometers north of Cusco city. Its altitude goes from 2,800 m.a.s.l. at the Vilcanota’s river bank to 3,500 m.a.s.l. in Chinchero. These different altitudes provide a perfect climate for the development of the agriculture depending on the zone.

The most important towns are located along the river bank in spaces among gullies.

Walking through the valley enjoying its landscapes is a must if you visit Cusco.

There are several historic, cultural, nature and adventure excursions in the Sacred Valley.

The Pisac ruins are one of the best-preserved sites in Cusco. There, you will find the different types of Inca walls built depending on their use. Besides the history that its walls tell us, the landscapes that nature offers us below are impressive. Visiting Pisac can take a couple of hours, and the town with the same name, offers a craft market full of art and colors, don’t miss it.

The Ollantaytambo fortress is another must. The valley’s last town. This fortress was an Inca military center that was used to guard their domains and avoid possible attacks. This little town is very colorful and walking through its streets will make you feel full of energy.

Several adventure sports can be practiced in the valley thanks to its geography:

You can even spend the night in a transparent hanging capsule pinned to the mountain to see the starry night and wake up with the first rays of the sun.

The trains that take us to Machu Picchu depart from Ollantaytambo town.

There is a new gastronomy trend in Cusco called “novoandina”. The novoandina cuisine is based on the creation of new dishes using local ingredients such as quinoa, quiwicha, potato, alpaca and trout. This way, we have dishes such as alpaca tenderloin with “quinotto” (risotto made of quinoa instead of rice) or grilled trout with sautéed vegetables and native potatoes.