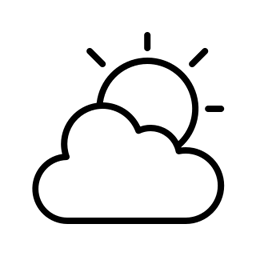 Puno is located on the Lake Titicaca bank. Puno has a special magnetism that seems to come out of its mountains. Its lake is resembles the ocean.

Puno, which is located in the south of Peru, was dominated by the Tiahuanaco culture. Puno is the maximum expression of the Aymara culture development. This can be appreciated in the archaeological remains found in this area.

The legend tells that from the Titicaca Lake waters emerged Manco Capac, the first Inca, and his wife Mama Ocllo, both children of the sun, to found the city of Cusco. They founded a huge empire as ordered by the sun god.

The Titicaca Lake is the highest navigable lake in the world. It is located at 3.815 meters above sea level, and it is the second largest lake in South America with an 8.400-square-kilometer surface.

The Titicaca National Reserve has an area of ​​36,180 hectares. Their presence seeks to conserve the wild flora and fauna of Lake Titicaca, support the socio-economic development of the region and maintain the cultural traditions of the human populations that inhabit the vicinity of the lake.

Puno has, undoubtedly, the richest folklore because of its variety and color, and it makes Puno stunning to the eyes of the world. Its greatest cultural expression is the Candelaria Festival that is celebrated in February.

Nowadays, Puno is an important agricultural and cattle raising area, especially because of the llamas and alpacas (South American camelids). The inhabitants of Puno still preserve old traditions and festivals that existed many centuries ago and that you can enjoy during your visit.

Map of Puno and Titicaca Lake

Lampa – Puno Lampa is a small town in the department of Puno, about 90 minutes from Puno ... More
History Geography Attractions Festivities Food

Several cultures developed in Puno such as the Pucará culture between 100 BC and 300 AD. They were the predecessors of the Tiahuanaco culture that developed between the Lake Titicaca and Bolivia between 300 BC and 1000 AD. This culture mastered the monumental architecture in carved stone. An example of this is the “Puerta del Sol” (Gate of the Sun) that has the god Viracocha engraved on it.

Before the arrival of the Spaniards, Puno was a marginal village located between the territories of the Kollas (Quechuas) at the north and the Lupacas (Aymaras) at the south.

By the end of the 16th century, ruled by the Lupacas, Puno reaches progress in terms of agriculture, culture, cattle raising and social organization. Among the most representative remains of the Aymara architecture we can find the Sillustani chullpas. The Kollas extended to the north of the territory between what is Juliaca nowadays and the Ramis river at the southeast of the Lake Titicaca.

After the arrival of the Spaniards, Puno was a humble town that was later named capital of Paucarcolla in 1668, by the Count of Lemos, viceroy of Peru. At the same time, the name of the city changed from San Juan Bautista de Puno to San Carlos de Puno.

During the Independence war, Puno became an important point between Peru and Rio de la Plata in Argentina. It was also the setting of the war between Peru and Bolivia with the latter occupying the Tacna and Moquegua territories until the signing of the 1847 treaty.

Puno is located south of the country. It shares border at the north with Madre de Dios, at the east with Bolivia and the Lake Titicaca, at the south with Tacna, with Moquegua at the southwest and with Arequipa and Cusco at the west.

The lake has three islands (Taquille, Amantaní and Soto) and six island archipelagos (Chirita, Ustute, Quipata, Chilata, Suasi and Esteves.) Lake Titicaca is the highest navigable lake in the world.

Lake Titicaca is definitely Puno’s main attraction. There are different excursions on the lake such as the visit to the Uros floating islands, which are islands made of cattail by the inhabitants themselves, who maintain them every year. It is also usual to visit the Taquile and Amantaní islands which still preserve their traditions, garments and language.

Those who like adventure can go on an excursion on the lake by kayak.

The chullpas of Sillustani (45 minutes from the city) are other attraction you can visit in Puno as well as the Lampa city and church (90 minutes from Puno) where the only replica of Michelangelo’s Pietà is kept.

Puno’s most important festivity is the Virgin of Candelaria (Virgen de la Candelaria). The celebration starts the first days of February every year. This festivity was declared as Intangible Cultural Heritage of Humanity by UNESCO in November 2014.   It is one of the most representative festivities in terms of culture, music, dance and religion in Peru due to the great amount of manifestations of art and culture symbols from the Quechua and Aymaras cultures.

The dance groups and troupes are prepared several months in advance. They design bright and colorful costumes that highlight the dance steps. It is a strong manifestation of our country’s folklore.

In Puno, we can also find restaurants offering alpaca tenderloin and trout dishes with local vegetables and native potatoes. The zone’s pizzas also have a great acceptance due to the Andean cheese used in their preparation and the clay oven used to cook them.