Peru is a fascinating destination that stands out for its cultural richness, its natural and archaeological wonders and for being one of the best food destinations in the world. If you are planning to travel to Peru, get to know the best tourist attractions in Peru on a journey of discovery, landscapes full of magic and mysteries associated with powerful ancient civilizations.

The Historic Sanctuary of Machu Picchu is the most visited tourist destination in Peru and America. It is an ancient Inca city that is located in the heart of the Peruvian Andes. It was built in the 15th century, during the Inca period. It is believed that this sacred city was an important place of religious worship and rest during the reign of the Inca Pachacutec.

In the surroundings of the Inca city are also located Machu Picchu and Huayna Picchu mountains. Moreover, the Inca Trail, one of the most famous trekking routes, finishes here.

The Colca Valley is an extensive valley of fertile land bordering the Colca River. It is also known as the “Valley of Fire”. It is another of the most important attractions of Peru because here is the Colca Canyon (​​one of the deepest canyons in the world), los Baños Termales de la Calera, and the famous viewpoint la Cruz del Cóndor, where you can appreciate the flight of condors.

The Colca Valley also stands out for: the beauty of its landscapes and natural scenery, the customs and traditions of its people, its varied flora and fauna, and for the various pre-Inca and Incas archaeological complexes it houses in its extensive valley.

Another reason to visit the Colca Valley is to enjoy outdoor activities and practice adventure sports, such as canoeing, trekking, climbing, canopy and mountain biking. Choquequirao Archaeological Park is another of the best tourist attractions in Peru. Therefore, in 2017 it was declared as one of the world’s best hiking trails. The Inca ruins of Choquequirao is considered as the last Inca refuge because the last Incas who resisted the Spanish invasion took refuge here.

The Inca city of Choquequirao is located between the foothills that form the Grand Canyon of Apurimac and the snow-capped Salkantay. Choquequirao stands out for its buildings, platforms, temples, water fountains and residential areas that are distributed among the mountains. In addition, it has an architectural resemblance to Machu Picchu, which is why it is considered the sacred sister of Machu Picchu.

You can also read: What is the best time to visit machu picchu and its surroundings?

The Nazca Lines are a group of ancient geoglyphs engraved on desert sand. They are located in the Nazca Valley, Palpa Valley and the Jumana Desert. These enigmatic geoglyphs were created by the men of the Nazca Culture (200 B.C. – 700 A.D.) and spread over an area of 450 km².

The size of the geoglyphs ranges between 50 and 300 meters and have various shapes: geometric, zoomorphic, phytomorphic and anthropomorphic figures. And among the most famous lines and geoglyphs we can mention: hummingbird, monkey, frigate bird, giant bird, spider.

For most scholars, the Nazca Lines were a huge astronomical calendar or a place of water worship. The best way to visit the Nazca Lines is to fly over. To do this, you should take an aircraft flight, from Pisco or Paracas. 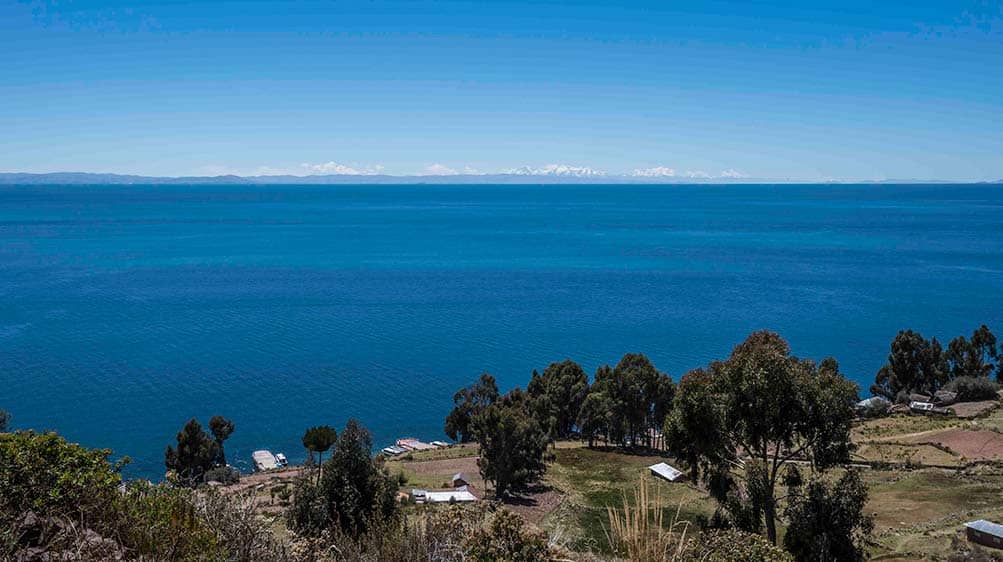 Lake Titicaca is the highest navigable lake in the world. It is one of the largest freshwater reserves in South America. It is located on the Collao plateau, between Peru and Bolivia. It has an extension of 8562 km² and a depth of 281 meters. And according to Andean mythology, from the cold and clear waters of this lake emerged the founders of the great Inca empire.

In the surroundings of this beautiful lake, the pre-Inca cultures developed: Tiahuanaco and Pucará. And today, many customs and traditions of these aboriginal peoples still survive in the local population that inhabits the many islands that are within the lake Titicaca.

The most beautiful resorts you can visit within and around Lake Titicaca are: Uros floating islands (made from totora), Amantaní Island, Taquile Island and the Chullpas of Sillustani. And among the most recommended tourist activities you can enjoy here are: experiential tourism, adventure sports in flat waters and sport fishing.

These were 5 famous tourist attractions in Peru. Take advantage of your next vacation to create beautiful memories with your family, partner or friends. We hope this information has been useful to you!

Colourful Peru is ready for the “new normal” regarding travels so you can have the best experience while travelling safe. Peru, Machu Picchu and Colourful Peru have the Safe Travels Stamp by WTTC (World Travel & Tourism Counsil). Our goal is to give you the travel of your dreams and exceed your expectations, but above […] More

Manú National Park – Part II Hi everyone! As I promised, I am telling you about experiencing a week in the Manú National Park in this article. First of all, you must have the most important items for your trip in your luggage. Remember that since this is a national reserve there is a lot of […] More

After more than 3 months on hold, the domestic flights resumed in July in Peru, except to the cities that must remain on lockdown as stated by the government. By now, there are flights being operated from Lima to Tumbes, Talara, Piura, Trujillo, Chiclayo, Tarapoto, Iquitos, Pucallpa, Arequipa, Jaen, Cusco, Cajamarca, Tacna, Puerto Maldonado, Jauja […] More