In this article I am giving you a bit of general information about the Manú National Park.

Manú Natural Park is between Cusco and Madre de Dios, southeast of Peru. 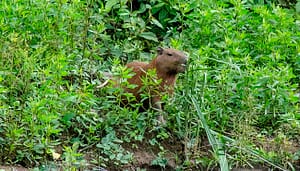 representative samples of this area´s biodiversity, to contribute to the research of different species, as well as to acknowledge and preserve the cultural diversity and the self-determination of the area´s indigenous communities while encouraging sustainable ecological and cultural tourism.

The park is home to a great amount of wild fauna species. About 160 mammal species, more than 1,000 bird species, 40 lizard species, 50 snake species, approximately 140 species of amphibians, 6 species of turtles, 3 caiman species and 210 species of fish have been identified. It is estimated that there are around 30 million insect species in the reserve.

The park is divided into three areas: the transition or cultural zone, the buffer or reserved zone and the core area or Manú National Park. 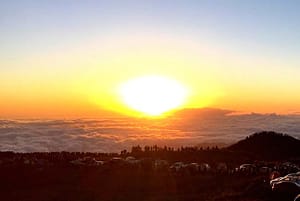 The transition or cultural zone begins in Paucartambo at 2,900 m a. s. l. We will arrive at the Tres Cruces viewpoint (3,800 m a. s. l.) following the route for 59.4 km. There, we can watch one of the most beautiful sunrises in the world. Since this is one of the park’s highest spots, we will descend through the cloud forest which is home to more than 8,000 plant species such as different fern species and medicinal plants, more than 400 bird species including Andean cock-of-the-rocks, the national bird of Peru, as well as 10 mammal species such as the spectacled bear.

The cultural zone reaches the Atalaya port by land and up to the Boca Manú town by boat. During the ride by boat, we can see mammals such as collared peccaries, capibaras and different monkey species and birds such as egrets, cormorants, parakeets, ibises, among others. We might also see reptiles such as river turtles and hopefully a caiman.

The buffer or reserved zone begins 100 meters from the Boca Manú town at a checkpoint called El Limonal up to the Panagua river gulch. Regulated tourism and scientific research of species are allowed in this area.

Since entering this zone has more restrictions and difficulties, there is a larger amount of species of birds, mammals and reptiles inhabiting in it. Here, we might see capibaras, jaguars or otorongos, South American tapirs, collared peccaries, deer, river otters and up to 13 monkey species. We can also see birds such as hoatzins, macaws, toucans, hummingbirds, woodpeckers, among others, as well as reptiles like black caimans, white caimans, turtle, lizards and snakes.

Finally, the core area or Manú National Park is an intangible area where the entrance is forbidden. Uncontacted tribes that live there might be in danger if they had any contact with civilization since they would be exposed to virus not known by them.

In our next article I will tell you about the experience of living 7 days in this amazing place.