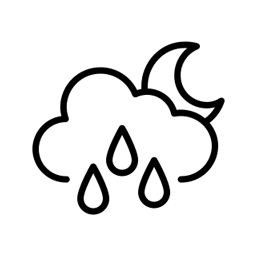 One of the deepest canyons in the world

The Colca Valley is in Arequipa, three hours by car from the capital. It is one of the region’s main tourist destinations because we can find one of the deepest canyons of the world there, along with beautiful landscapes, fauna and a living culture we can still admire.

In the route to the valley, we cross the Salinas and Aguada Blanca National Reserve, a place that is home to several mammal and bird species.  Then, we go through the Pampa Cañahuas zone, where the vicuna, a South American camelid, very appreciated for its fine wool, is protected. The highest point of the road is the Patapampa viewpoint at 4,900 m.a.s.l., a stop point that is a must to see the zone’s volcanos.

Chivay is the main town and the most developed one. Here, we can find most of the average and low-cost hotels. Throughout the canyon we can find several lovely small towns such as Yanque, Maca, Lari, Coporaque, among others, where we can find more sophisticated and more expensive hotels.

The main stop of the trip to the Colca Valley is the Condor’s Cross, where it is possible to watch the flight of the majestic Andean condor and the depth of the canyon.

Map of the Colca Valley

Colourful Peru is ready for the “new normal” regarding travels so you can have the best ... More
History Geography Attractions Flora and Fauna Food

Cave paintings and stone tools from 6,000 and 5,000 BC have been found in the Colca Valley. It can be said that they belonged to nomads that hunted South American camelids and collected vegetable species of the zone.

Later, communities such as the Kóllawas, Ccawanas and Ccaccatapay would arise domesticating camelids and native vegetation. After thousands of years, thanks to community work, the Colca man learns to dominate nature and between 200 BC and 600 AD they develop an economy based on agriculture, building terraces and modifying the Andean landscape into platforms.

Then, between 600 AD and 900 AD, the Wari empire appears coming from the northeast of the country, conquering territories and imposing themselves. During this period, they improved the development of platforms with hydraulic and building technology. The Ccachulli (Tuti) and the Achachiwa (Cabanaconde) towns stand out as administrative and ceremonial centers. The inhabitants of medium-high altitude zones were farmers and those who lived in the higher zones were shepherds.

After the fall of the Wari culture, local communities such as the Collahuas, at the north, and the Cabanas at the south arose. They were later incorporated to the Inca empire.

The Collaguas and Cabanas used to perform skull deformations. The Collaguas performed pointed-shaped deformations while the Cabanas shaped the head to be wide and flat in the front. After the colonization, these deformations were forbidden so they kept differentiating themselves by using hats that we can still see nowadays in their traditional costumes.

The valley is mainly known for the canyon that goes through it. It has a maximum depth of 4,160 meters which makes it one of the deepest canyons of the world. The valley’s altitude varies from 1, 350 meters at the Colca river up to more than 5,000 m.a.s.l.

The valley’s geography has changed through time creating the current landscape. Several factors influenced on these changes: from earthquakes, water erosion, strong winds and even man`s intervention with the formation of the platforms.

Another characteristic of the valley is the presence of thermal waters from Caylloma to Canco. The chemical composition is mainly Ca, Zn, Fe, C, salts and others. They have a maximum temperature of 85°C where the springs outflow. We can also find geysers in the Pinchollo, Cabanaconde and Tapay town due to the presence of volcanos near de area.

We can find incredible nature, adventure sports, an impressive living culture and gastronomy in the Colca Valley.

The tour on the left bank of the Colca canyon is the main attraction and the most carried out circuit. There, we can visit the Yanque and Maca towns until we reach the Condor’s Cross, where we can see the flight of the majestic Andean condor and the canyon’s great depth.

Regarding adventure sports, the Colca river allows us to go rafting along the canyon. This sport requires experience since the rapids can have a 6° difficulty during the rainy season.

There is also the chance to trek to the Uyo Uyo ruins or even descend to the oasis and reach the river’s shore or to cross the canyon by zip line.

Walking through their towns, talking to their people and enjoying their food will give you something to talk about when you return from your vacation.

On our way to the Colca Valley, between the provinces of Caylloma and Arequipa, we find the Salinas and Aguada Blanca National Reserve that is home to different flora and fauna species. The purpose of this reserve is to protect this habitat that offers optimal conditions for the development of populations of vicuna, Andean deer, Chilean flamingo, Andean flamingo and Puna flamingo as well as to protect the queñual forests.

We can find 207 vertebrate species, 37 of them are mammals and 158 are birds. We can also find 5 reptile species, 4 amphibian species and 3 fish species. The most representative herbivorous of the Puna are the South American camelids: the llama (Lama glama), the alpaca (Lama pacos), the vicuna (Vicugna vicugna) and the guanaco (Lama guanicoe).

The flora comprises 358 plant species. The herbaceous and shrub vegetation stands out. Among the main plant associations, we can find the Puna grasslands or high Andean grasslands, the desert scrubland, the wetlands and the queñual.

Local produce such as potato, yucca, corn, and chuño (freeze-dried potato) among others, are used to prepare several dishes. They use trout and alpaca meat as well as dairy products such as cheese, milk and butter.

Some examples of typical dishes are: